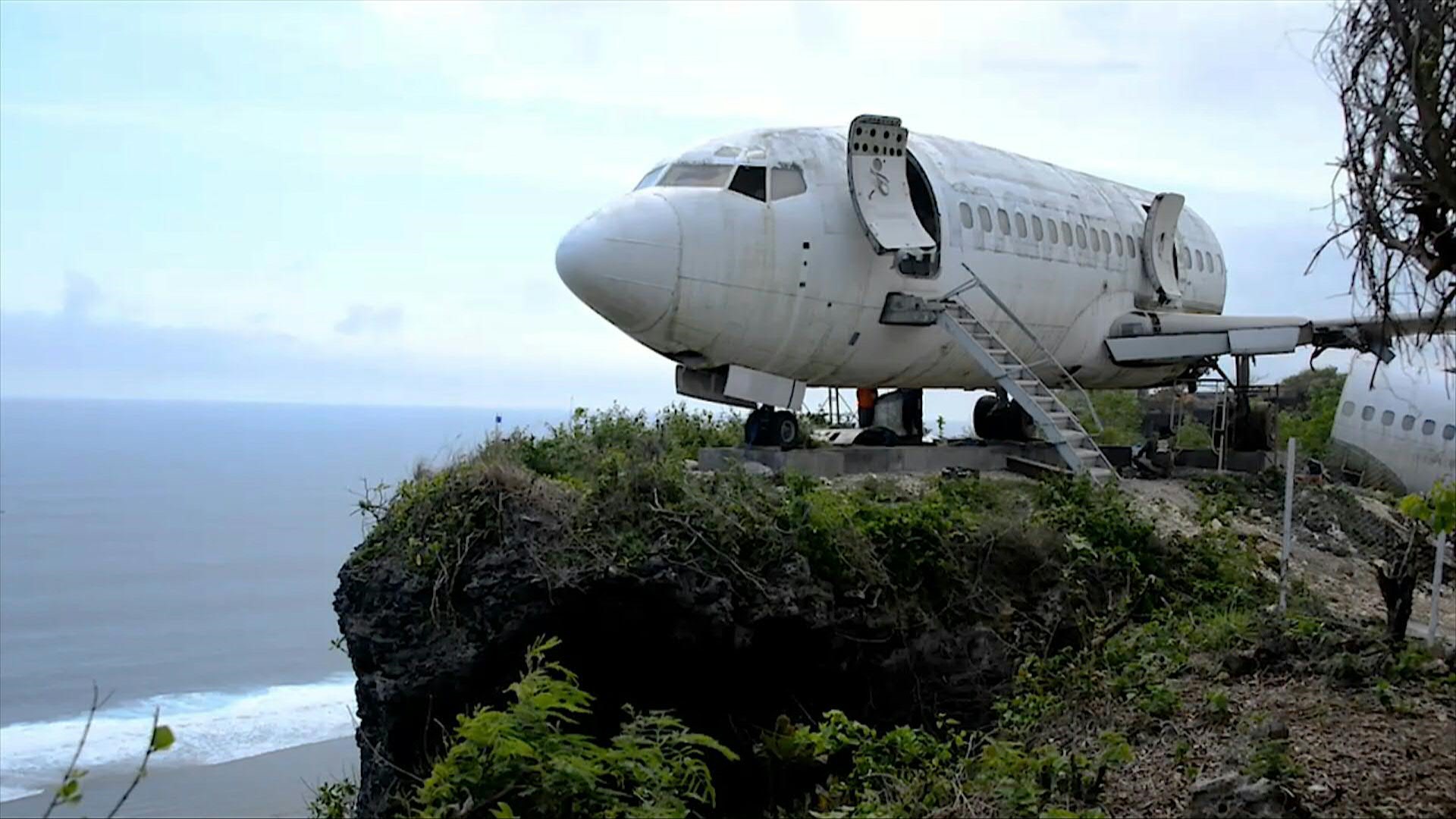 Bali is trying various tactics and strategies to restart its long-stalled tourism industry during the continuing global pandemic. Some may argue that some of these measures are more praise-worthy than others.

Social media and the international mainstream press, including AFP, report the prominent placement of a derelict Boeing 737 aircraft on the cliff overlooking Nyang Nyang Beach in South Bali.

As reported also by detik.com, a Russian businessman resident in Bali, Felix Demin, recently purchased the plane from a scrapyard in China, where he ordered it broken down into sections for reassembly on the Bali cliffside.

It has taken a crew of workers a week to reassemble the plane on the edge of the cliff.

Despite Bali’s “set-back zoning rules” that stipulate “buildings” located on an ocean cliff or river embankment must be located at least as far away from the cliff’s edge as the height of the corresponding cliff face. Demin insists he has the necessary permits and licenses to erect and operate the Boeing fuselage as an accommodation venue and location for photography buffs.

Demin’s assertions of legality appear to be endorsed by the silence of provincial and regency zoning officials about the well-publicized “landing” of the plane on a location that it will now dominate one of the Island’s most scenic seascapes.

Demin defends the project, saying he hopes the plane’s presence will help revitalize Bali’s tourism industry that has been in the doldrums since the global pandemic began in the closing days of 2019.

Less silent, however, has been the critical response from the social media network, who see the plane as an eyesore that will only harm Bali’s global image.

The public awaits further details on the proposed use of the derelict aircraft on the Cliff at Nyang Nyang Beach while deciding if the project that has landed on the panoramic cliff face will become Bali’s newest tourist “attraction” or “distraction.”

Bali: A Boneyard for Abandoned Airplanes