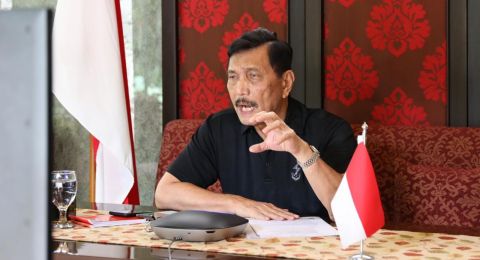 Indonesia’s Minister of Maritime Affairs and Investment, Luhut Binsar Pandjaitan, has revealed the reasoning behind the government’s sudden decision to require Polymerase Chain Reaction (PCR) Tests for travelers arriving by air in Bali and Rapid Tests for passengers arriving by land or sea.

As reported by Metrobali.com, Minister Luhut defended the change in policy as necessary to control the flow of domestic tourists to curb the increasing rate of COVID-19 infections that shows no signs of declining.

“The other day, 200,000 people wanted to travel to Bali for ten days, so we tightened the controls. If we didn’t, what would happen? In Bali, the number of new cases has risen again,” said Pandjaitan at an Indonesia-China Investment Forum held on Friday, 18 December 2020.

The Minister admitted that Indonesia has yet to reopen its gateways for international tourists, depending predominantly on domestic travelers for the time being. Accordingly, with the unrelenting increase in new COVID-19 cases, the government has temporarily reduced the domestic tourism rate.

Commenting on the government’s tactical decision to diminish domestic tourism demand, the Minister said: “For now we are reducing (domestic tourism). Let’s not be too quick, too soon. It will be dangerous is if we keep increasing the flow of (domestic) tourists. If we have no discipline now, the number of (new) cases will increase again.”

Earlier, Luhut emphasized that the government will tighten controls on public activities during the Christmas and New Years’ Holidays in anticipation of an increase in COVID-19 cases. Controls will include tightening the entry requirement for arriving in Bali. “We are asking tourists flying to Bali to undergo a mandatory PCR H-2 (Swab Test) before they depart and requiring Rapid Test antigen H-2 tests for those arriving by land or sea in Bali,” said Minister Pandjaitan.