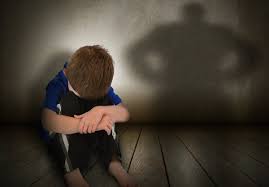 RadarBali reports how judges, prosecutors, and psychologists were moved to tears by testimony in the sexual molestation trial of a 53-year-old Frenchman, Emannuel Alain Pascal Mailet.

Mailet stands accused of repeatedly sodomizing a Eurasian boy who was ten at the time of the offense.

According to Edward Pangkahila, a lawyer engaged to accompany the juvenile victim in the case, the ongoing trial of Mailet, who has been in custody since early October 2020, was postponed when the Frenchman appeared confused, ill, and suffering from panic attacks.

Pangkahila told how the young boy and his parents had received psychological counseling in connection with the alleged sexual assault. During the counseling sessions, the boy’s parents, particularly his mother, have often been moved to tears. Moreover, the court-appointed psychologist was also reportedly brought to tears in the retelling of the sexual ordeal.

“The atmosphere during the counseling session was somber. The mother of the victim cried, the counselor also cried. The victim became confused at seeing so many driven to tears,” explained Pangkahila. Continuing, the lawyer said the young boy had been traumatized by the rape, fearful that Mailet will somehow manage to come back and attack him again.

The boy was ten years of age at the time of the rapes.

The court proceeding will recommence in the first week of February 2021.

Representing the victim and his family, Pangkahila said he hoped that the Frenchman would receive a sentence commensurate with a crime that has left its victim traumatized for life.

Prosecutors had told the court that Mailet sodomized the boy when he was ten years old at the Defendant’s residence on Jalan Tegal Cupek in Kerobokan, North Kuta. The victim was a friend of a son of the alleged pederast and frequently stayed overnight at Mailet’s home. Allegedly raping the child on numerous occasions, the man threatened the boy if he told his parents of the incidents.

The victim’s parents became suspicious when they noticed sudden changes in their son’s behavior, who had become quiet and refused to associate with friends. Medical examination showed signs of wounds to the child’s rectum caused by a blunt object.

The case was reported to the Bali Police in October when the boy’s French father, who was also a business associate of the Defendant, reportedly caught Mailet sexually interfering with his son in a changing room at a local water park.

Mailet is charged under Indonesian law protecting children with a crime subject to a maximum sentence of 15 years in prison.

The trial continues in the Denpasar, Bali Courts.

Frenchman on Trail in Bali for Pederasty

Frenchman in Custody for Child Molestation