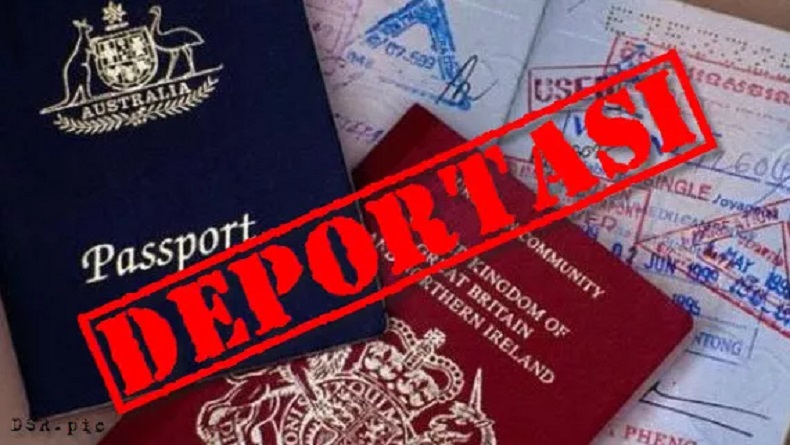 Following the deportation from Bali of three foreign nationals for failing to wear face masks and the pending deportation of a Russian woman who will be expelled after she passes a PCR Swab Test, Immigration authorities in Bali have received the recommendation for the deportation of a UK Man, Jonathan Hough Pounder.

As reported by NusaBali, Pounder was found not wearing a mask in a routine check for compliance with Provincial Regulations on health protocols. The inspection found Pounder in flagrant violation of the rules on Jalan Batu Mejan in Canggu, North Bali, on Monday afternoon, 12 July 2021.

The head of the Badung Regency Enforcement Agency (Sat Pol PP Kabupaten Badung), I Gusti Agung Ketut Suryanegara, said the roadside check at the Simpang Deus Intersection on Jalan Batu Mejan netted 19 violators, 10 of whom were Foreign nationals and 9 Indonesians.

Among the ten foreigners cited for violations was Jonathan Hough Pounder from the UK, who is staying at a villa in the Berawa Beach area of Canggu. Pounders’ failure to wear a mask transgressed rules to the point where he did not even have a mask in his possession.

“Those who don’t have a mask in their possession, such as the Englishman (Jonathan Pounder), were immediately recommend to immigration for deportation back to his home country,” said Suryanegara.

The remaining nine foreigners committed lesser violations, such as failing to wear a mask properly. In those instances, the violators were instructed to properly wear a mask and fined Rp. 1 million.

Suryanegara confirmed that Pounder was taken into custody. At the same time, the Badung Satpol PP recommended to their Provincial counterpart (Satpol PP Provinsi Bali) that the man be referred to the Ngurah Rai Immigration Office for expulsion from Indonesia. Authorities have also taken into safekeeping the man’s passport and identity documents.

3 Deported for Not Wearing Masks in Bali

Tourists Without Face Masks to Be Deported