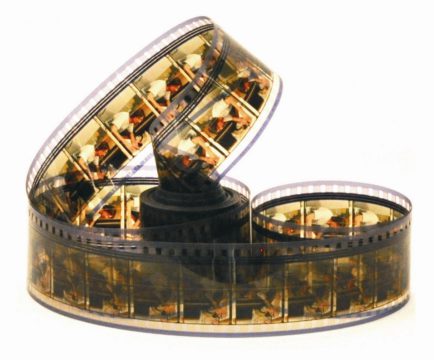 On 11 June, at the closing ceremony of the 15th Bali International Film Festival, a blue-ribbon jury announced the winning films across four categories from among some 18 films shown over the three-day event held at The Beachwalk in Kuta, Bali.

At a reception and award ceremony attended by many leading filmmakers, film crew members, and industry glitterati the jury announced the winning films selected for their captivating storytelling and quality of film production.

The Winners by Category

Jury statement: The film, in a simple but intimate way, presents a character with the complexity of problems ranging from living as a migrant worker, COVID-19, and single motherhood. The use of animation in the documentary, which is quite new among Indonesian documentaries, becomes an effective form and a clever choice as a solution to the problem of limitations for having real footage during the pandemic.

Jury statement: An interesting film about a spiritual journey, a life transformation of a modest farmer, which also can change our perception of life after we watch it. The richness and personality of the storytelling and performance draws the viewer in. The film opens a window on a culture in an approach with seems to echo the playfulness of the content.

Jury statement:  This is a beautiful short film packing a lot of punch, especially with the numerous ways the topic was explored through the metaphors of speech and silence. Through a proper cinematographic treatment, this film becomes an affecting look at violence against marginalized communities that makes a strong statement about ethnic politics in South Asia while transcending the cultural context in which it takes place, communicating in an universal language.

Jury statement: An interesting film about a spiritual journey, a life transformation of a modest farmer, which also can change our perception of life after we watch it. The richness and personality of the storytelling and

performance draws the viewer in. The film opens a window on a culture in an approach with seems to echo the playfulness of the content.

Jury statement: It’s a terrific script, and shows an impressive directorial ability to keep us deeply engaged with amyriad of characters and stories at once. The unique claustrophobia of the funeral hall setting is usedperfectly, and the fine balance of emotion, intrigue and humor are a treat.

Committee statement:  Mentawai invites us to a world so few have experienced. A world of depth and beauty that is underenormous threat. This deeply moving perspective comes from a talented writer and director, Joo Peterof Germany, who through footage he’s created and gathered gives us access to the stunning physicalworld, the cosmology, and the courageous heart of the Mentawai people, the last Indigenousinhabitants of Sumatra’s archipelago (sic).

Members of the Balinale 2022 Jury were:

Balinale, the Bali International Film Festival, established in 2007, is recognized internationally for the diversity of its programming of Indonesian and international independent and award winning fiction, documentary, feature, and short films.

The Festival’s founder say the goal of the festival events is to bring together filmmakers from around the world to collaborate and share. Balinale remains dedicated to creating a gathering of global creativity and provide a platform for promoting Indonesian cinema, while ensuring reciprocal enrichment and support. In addition to the Festival, Balinale supporting events, such as workshops and seminars, help to foster important educational development and skill building.

The festival actively participates in global industry events, and enjoys professional associations with major studios and distributors. Balinale has established affiliations with like-minded institutions and

Balinale (Bali International Film Festival) invites foreign filmmakers to explore Indonesia for potential co-production opportunities that have a proven record of delivering cultural, educational, and economic benefits to the country.

Calls for submissions for the 16th Bali International Film Festival will open in December.

For more information on the festival and its programs, visit www.balinale.com.