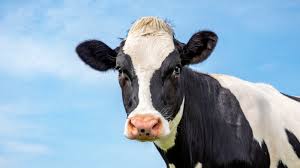 News.com.au reports that an Australian global agriculture analyst recommends that Australians should be banned from traveling to Bali and the rest of Indonesia for six months to prevent the spread of foot and mouth disease.

Indonesia has been free of foot and mouth disease (FMD) since 1968, but the Australian Agriculture, Water and the Environment (AWE) determined that FMD has been found in Indonesia among more than 2,000 head of cattle in North Sumatra and East Java.

East Java is the province immediately adjacent to the Island of Bali across the Straits of Bali.

Foot-and-mouth disease (FMD) is a virus that affects both domesticated and feral clove-hoofed animals. Highly infectious among animal populations that include cattle, water buffalo, sheep, pigs, antelope, deer, and bison. It has also known to infect hedgehogs and elephants.

The FMD virus rarely infects humans, but it can affect small children resulting in a fever that lasts for two to six days, followed by blisters inside the mouth and on the feet.

Australia is currently certified as free from FMD, prompting some Australian experts to call for tourism travel to Bali to be suspended by closing travel borders between the Island and Australia.

Quilty said: “As a country, we seriously need to think about banning people going to Bali, as extreme as that sounds.” He added that airports could serve as “disease highways” with Australians returning from an Indonesian holiday bringing FMD to Australia.

Quilty warns that if officials do not take action, FMD will spread to East Timor and Papua New Guinea in the coming eight to twelve months.

Meanwhile. AWE admits that the risk of a contagious spread of FMD to Australia “remains low in the absence of close contact between animals or the importation of infected products.”

Speaking to the Australian Broadcasting Corporation (ABC), Australia’s Chief Veterinarian, Mark Schipp, also said the risk of contagion is low. Still, the presence of FMD in Indonesia “has increased the chance of an incursion into Australia.”

Because of the outbreak of FMD in Indonesia, Australian agricultural experts estimate that the risk of contamination has increased from 9% to twice that amount due to travel and trade between the two countries.

In the meantime, Australians are asked to declare if they have visited a farm or had contact with livestock in Indonesia so border officials can decontaminate clothing and shoes.

FMD is a virus-borne disease that can be eliminated through vaccination.

Indonesian agricultural officials estimate that the current outbreak of FMD will cause some US$1.9 billion in losses to the national economy.

The threat of FMD is happening at a time when Australians are expected to resume their role as the leading source of tourists to Indonesia.