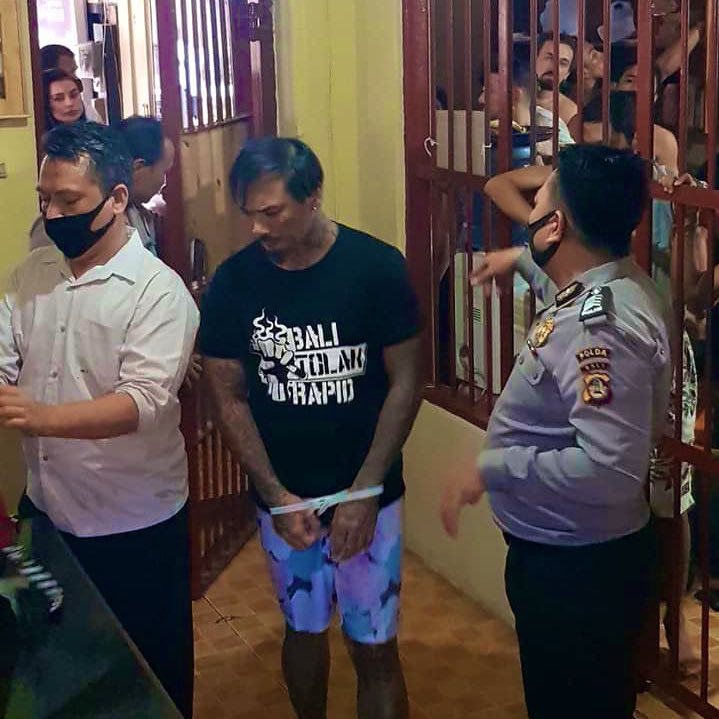 NusaBali reports that Governor Wayan Koster, in his capacity as Chairman of the Provincial Task Force for the Mitigation of COVID-19, has asked the Bali Police to take firm action against anyone who resists or disobeys provincial health protocols.

Issuing a firm warning on Thursday, 13 August 2020, Koster said: “As the Chairman of Bali’s Task Force for the Mitigation of COVID-19, I fully support any stern legal steps taken by Bali’s Chief of Police and law enforcement bodies against anyone opposing government policy.”

Governor Koster said that Bali has recently experienced opposition to health protocols mandated by the Central Government in Jakarta and the Province of Bali, who are both requiring Rapid Tests and PCR Swab Tests to detect the coronavirus. There are elements of the public refusing these tests, including the Balinese punk rock musician JRX now in custody for protesting the mandatory Rapid Testing of pregnant women in Bali.

“As the Chairman of Bali’s Task Force for the Mitigation of COVID-19, I fully support any stern legal steps taken by Bali’s Chief of Police and law enforcement bodies against anyone opposing government policy.”

The Governor sharpened his point, saying: “These actions threaten the safety of both the protestor and other people. Law enforcement is needed to bring discipline and order to the situation.”

Koster continued, saying he hopes stern enforcement measures taken against scofflaws will serve as a lesson to all involved to follow government guidelines and instructions intended to protect the public’s welfare and curb the spread of COVID-19. “Let’s make sure that public resistance does not become a poor example emulated by the public. We deeply regret these acts of civil disobedience by certain individuals undertaken supposedly on behalf of the people of Bali,” Governor Koster stated.

Koster also reminded these “certain individuals” that their protest and actions are ruining Bali’s image as a law-abiding and loyal people who follow the policies established by both the Provincial and Central Governments.

The Governor’s comments were almost certainly directed at JRX – the stage name of the rock band drummer, I Gede Ari Astina, now held by police for criminal defamation. JRX was arrested after uttering comments critical of the Indonesian Medical Association (IDI) on Rapid Testing. Governor Koster said: “The actions of certain public figures have diminished both public’s and the world’s faith in efforts by the Indonesian Government to control the spread of COVID-19.”

While the criminal defamation prosecution of I Gede Ari Astina continues, Governor Koster urged the Balinese public to remain calm and not fall victim to any provocations from any source, including social media. At the same time, Koster said he hoped the public would support and respect the legal process being conducted by the Bali Provincial Police.

In closing, the Governor added: “Stay orderly and disciplined in a fully responsible way as you follow all health protocols to prevent the spread of COVID-19. Always wear a mask, maintain physical distancing, and wash your hands frequently in running water.”