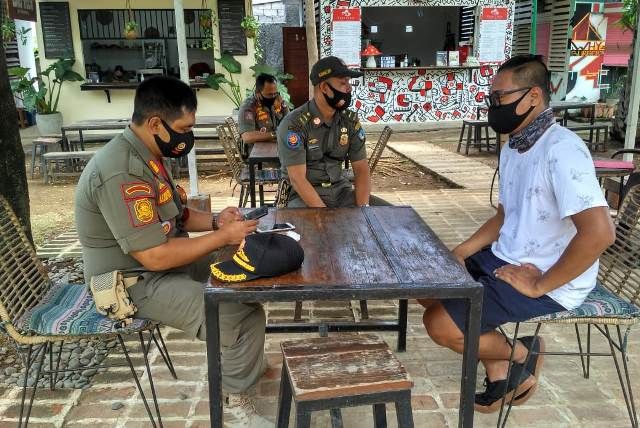 Kompas.com, Bali Express, Kumparan.com, RadarBali, and other local media in Bali are highly critical of a video displayed on several news sites and a Canggu Community Facebook page showing a popular Salsa Dance Party held on Sunday, 20 September 2020, in Bali. Those videos showed a large number of party makers, primarily foreigners, dancing in very close proximity to each other while ignoring government guidelines on physical distancing and the use of face masks.

The head of the Badung Enforcement Agency (PP Satpol), Ketut Suryanegara, confirmed the video’s name and location as a restaurant-bar located in Canggu, North Kuta, Bali. A report on Kumparan.com saw Suryanegara identify the location for the Salsa Party’s location as the Berawa Kitchen in Canggu, saying: “Frankly, it was the Kitchen Berawa with mostly foreigners dancing. It is these foreigners who are causing the locals to become sometimes disorderly. Sometimes they just walk by and do not care about wearing a mask.”

Enforcement officials noted the brazenness of the foreigners who try to debate with Balinese officials when warned that large public gatherings and the failure to wear masks violate local rules and regulation. “Sometimes, we are forced to debate. They insist that in their home countries, they are free (to do as they like). Only when we threaten them with deportation do they follow the rules,” said Suryanegara.

“Sometimes, we are forced to debate (with the foreigners). They insist that in their home countries, they are free (to do as they like). Only when we threaten them with deportation do they follow the rules.”

Surya said that the owner of Berawa Kitchen confirmed that the event was the second Sunday on which a Salsa Evening was held. The owner had invited local Salsa Dancers to perform for the entertainment of those dining at the array of food stalls that surround the establishment’s center court.

Following the event and the many critical comments about the event’s failure to follow Provincial guidelines on large gatherings and physical distancing, the Satpol PP summoned the owner of Berawa Kitchen. The business was issued with a formal written reprimand saying that the company faces temporary closure if similar events are repeated during the continuing pandemic.