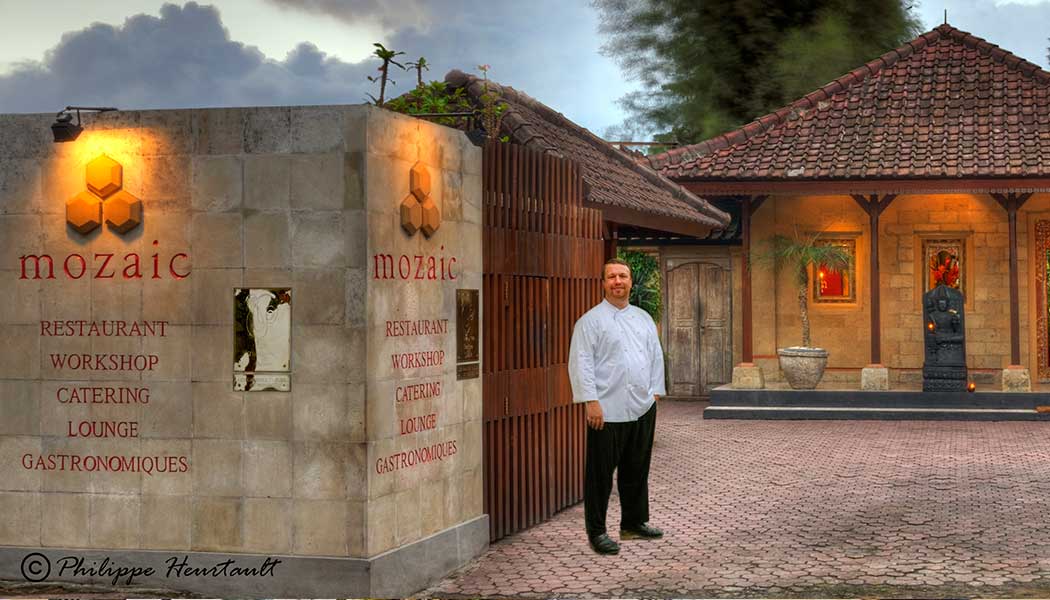 With a sadness equal to that felt in mourning the passing of a dear friend who has provided decades of incomparable evening filled with great memories, hosted remarkable gatherings of circles of friends, and wined and dined us all in style and elegance – Balidiscovery.com reports that Mozaic Restaurant in Ubud, Bali has closed its doors effective 31 January 2022.

In a statement released on 31 January 2022, the founder-owner of Mozaic, Chris Salan, said: “It is with a heavy heart that we announce the closure of Mozaic Restaurant and Dine@Home services. After 21 years of service, including two years of battling the effects of Covid-19 on the economy of Bali, we have decided that it is time to close until further notice and wait for Bali’s economy to recover. We apologize for any inconvenience and thank you for your support and understanding.”

On an Island that has suffered the devastating economic impact of the COVID-19 pandemic, the Central Bali community of Ubud has been hit especially hard together with many area hotels, restaurants, shops, and museums that are bereft of the foreign tourists who once filled their venues.

While framing the closure as “temporary until better times return,” the abrupt closure on one day’s notice and the formal termination of 44 permanent staff suggests the future of Mozaic and any possible reopening remain in some doubt.

Twenty-one years ago, the American-born and French-raised chef, Chris Salans, left his role as the executive chef at a local 5-star resort to pursue his dream of becoming a restauranter chef by opening the Mozaic in Ubud.

Trained in Paris at Le Cordon Bleu, followed by internships at Michelin-starred restaurants that included L’Oustau de Baumaniere and Lucas Carton. His culinary career later brought Salans to New York, where he worked as Sous Chef for David Bouley and then as Chef de Cuisine for  Thomas Keller in Napa Valley.

In 2011, Chris published an award-winning cookbook “Mozaic: French Cuisine, Balinese Flavours.” A year in writing, Chris Salans’ cookery book is now seen as a highly-collectible compendium showcasing 17 seasonal ingredients from Indonesia used in 50 “uniquely Mozaic” recipes. Shortly after its publication, the cookbook was named “Best in the World” by the Gourmand World Cookbook Awards.

In September of 2020, Chris Salans was awarded the Ordre du Mérite Agricole (Order of Agricultural Merit) by the French government for exceptional service in agriculture and gastronomy, elevating Chris to the rank of “knight” or “chevalier.”

In 2019, Salans was inducted as a Maître Cuisiniers de France to recognize his pioneering international cuisine employing French techniques with Indonesian flavors.

Those of us who know and cherish the friendship of the remarkably talented Chris Salans remain hopeful that Bali has not heard the last of this outstanding chef with a heart that has truly found its spiritual home in Bali.

Stay tuned to his space, where we hope to share news on the next step of a remarkable culinary journey sidelined “momentarily” by the fallout from the global pandemic.