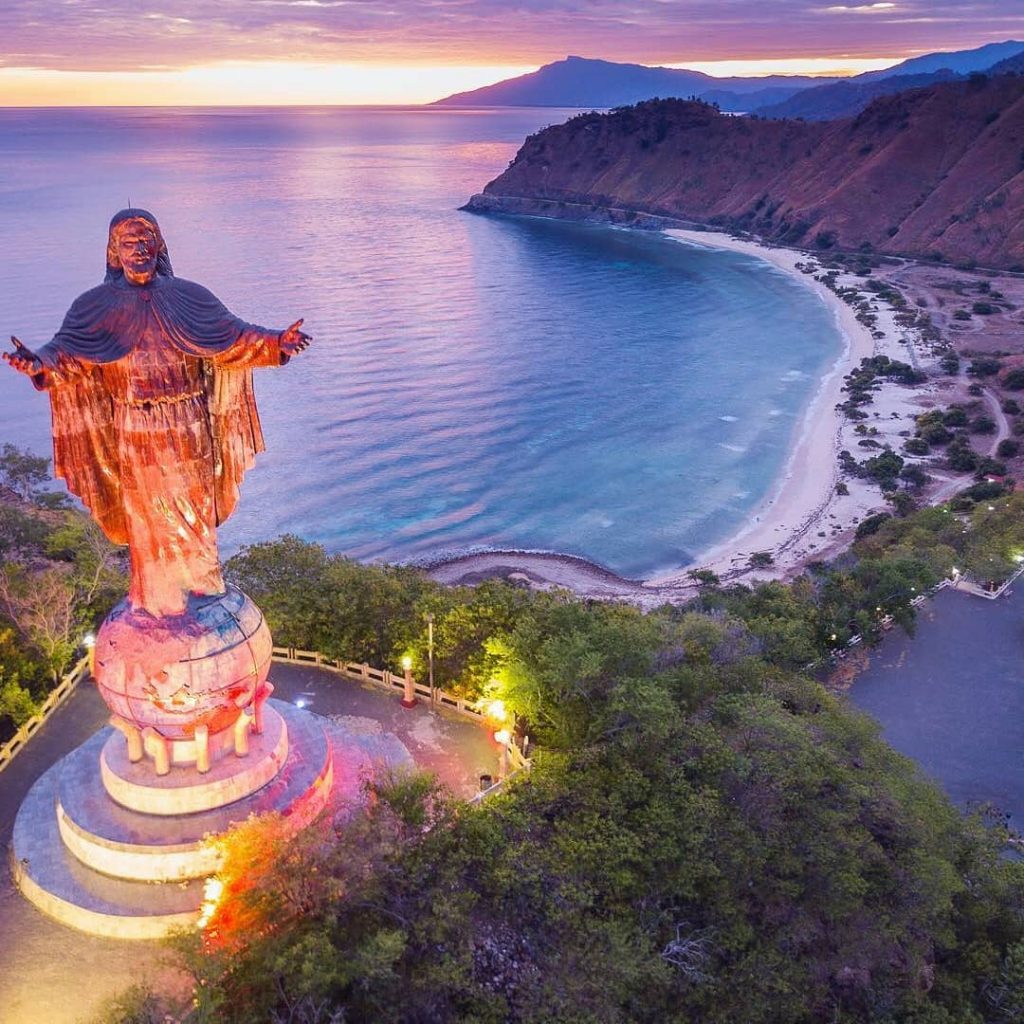 As reported by Beritabali.com, the Vatican has confirmed that Nobel Peace Prize Winner and hero of the Timor-Leste battle for independence, Bishop Carlos Ximenes Belo has been sanctioned by the Holy See in connection with allegations of sexually molesting young boys in the 1990s.

The Vatican revealed the sanctions only one day after a Dutch magazine exposed claims by two men allegedly victims of Bishop Belo’s sexual improprieties. De Groen Amsterdammer stated there are additional victims not yet ready to speak publicly of molestations inflicted on them by the Bishop.

Vatican spokesman Matteo Bruni told the press that reports and accusations regarding the Bishop’s behavior were received in 2019, and Belo received official sanctions within a year. Those sanctions included limitations on Bishop Belo’s public movements, forbidding his contact with children and forbidding him further contact with his homeland of Timor-Leste.

The Vatican has not commented on why Pope Johannes Paul II allowed Bishop Belo to resign as the head of the Roman Catholic Church in Timor-Leste in 2002 and reassigned him to Mozambique, where he was allowed to work with children.

The recent revelations about Bishop Belo’s past actions have shocked many circles in Timor-Leste, where Bishop Carlos Ximenes Belo was widely viewed as a hero who helped the Country win its independence from Indonesia.

An official from the Diocese of Dil, who wished to remain anonymous, told the Associated Press, “Everyone here was shocked to hear this news.”

Based on their investigations, reports from the Dutch publication said suspicions have long existed in Timor-Leste’s government circles, aid agencies, and the Catholic Church regarding Belo’s involvement in cases of sexual improprieties.

A man, identified only as Roberto, who claims he was a victim of Belo, was quoted by the Dutch publication, saying: “The Bishop raped and sexually molested me on that night.” Continuing: “In the morning, he ordered me to leave. I was frightened because it was still dark. So I waited before leaving. He also left me a sum of money. That money was (paid) for me to keep my mouth shut and ensure I never come back.”

The Dutch magazine also reported indications that Bishop Belo molested a young boy in the 1980s while working at an educational institution run by the Silesian Order.

Roberto told the magazine: “I have thought about it. I am repulsed, and I will never go there again.

Bishop Belo won the Nobel Peace Prize in 1996 with Timor-Leste Freedom fighter Jose Ramos-Horta for their combined work to seek a fair and equitable end to the war between the Republic of Indonesia and Timor-Leste.

Meanwhile, the Nobel Prize Selection Committee is refusing to comment on reports of sexual improprieties by Bishop Belo. The Committee said that generally, they never make a public comment regarding past recipients of the Nobel Prize. The only exception to this policy in recent memory was when, in 2019, the Committee rebuked the Prime Minister of Ethiopia in connection with the humanitarian crisis that occurred in the Tigray Region of that Country.

The only other citizen of Timor-Leste to be honored by the Nobel Prize Committee, Dr. Ramos-Horta, who now serves as President of the Country, when asked about the allegation against Bishop Belo, commented, “I prefer to await further actions by the Holy See.”

The United Nations said the accusations “have shocked” the international body and “must be thoroughly investigated.”

Bishop Belo (74) now lives in Portugal. Efforts by Radio Renascenca, a private radio station of the Catholic Church in Portugal, to contact Belo by telephone were unsuccessful.

Bishop Belo is a priest of the Silesian Order of Don Bosco; a Catholic religious order said to hold wide influence in the Vatican.

Last week, a spokesman to the Portuguese branch of the Silesian Order said they have sadly learned of the allegations against Belo, who has no longer affiliated with their order since his assignment in Timor-Leste.

Belo is still officially listed as a Silesian Bishop in the annual listing of the Vatican. Belo, however, is not the only member of a Catholic religious order in Timor-Leste involved in sexual molestation. An elderly American Priest, Richard Daschbach, was sentenced to 12 years in prison for the sexual molestation of young orphaned girls in Oecusse, Timor Leste.

The United Nations said that the international body’s accusations “have really shocked” and “must be thoroughly investigated.”

Last week a spokesman to the Portuguese branch of the Silesian Order they have sadly learned of the allegations against Belo, who has no longer affiliated with their order since his assignment in Timor-Leste.

Belo is still officially listed as a Silesian Bishop in the annual listing of the Vatican. Belo is not the only member of a Catholic religious order in Timor-Leste involved in allegations of sexual molestation. An elderly American Priest, Richard Daschbach, was sentenced to 12 years in prison for the sexual molestation of young orphaned girls in Oecusse, Timor Leste.

If the 84-year-old defrocked Priest survives his 12 years in a Timor-Leste prison and is eventually deported to the USA, he will face 8 U.S. Federal criminal charges leveled against U.S. Citizens committing sex crimes in foreign locales.