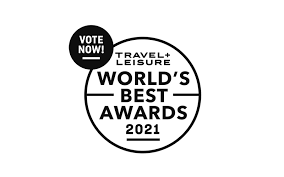 Bali and beyond ranked well in this year’s survey, as shown below:

While the Greek Island of Milos won top honors in the latest T+L Survey, the Island of Bali ranked a very noteworthy #8. With this year’s repeat tenth appearance in the T + L List, Bali has been now been inducted into the T + L’s World Best Hall of Fame.

When respondents were asked to name their favorite Islands in Asia, the Andaman Island Group in India ranked #1 with Bali #3 in this category limited to on islands in Asia.

Bali and a luxury resort on the East Nusa Tenggara Island of Sumba secured four prestigious spots in this survey of the World’s Best Hotels:

Once again, the sane four Indonesian properties that scored prominently in T + L’s list of the 100 World Best Hotel appeared again when the Best Hotels in Asia were announced:

The said same hotels Indonesian properties from the list of Top 15 Resort Hotels in Asia came back to sweep this category of the T +L Survey:

Singapore is traditionally the major international gateway to Bali and the rest of Indonesia. In the pre-COVID era, Singapore Airlines was the foreign air carrier offering the largest number of seats to Indonesia.