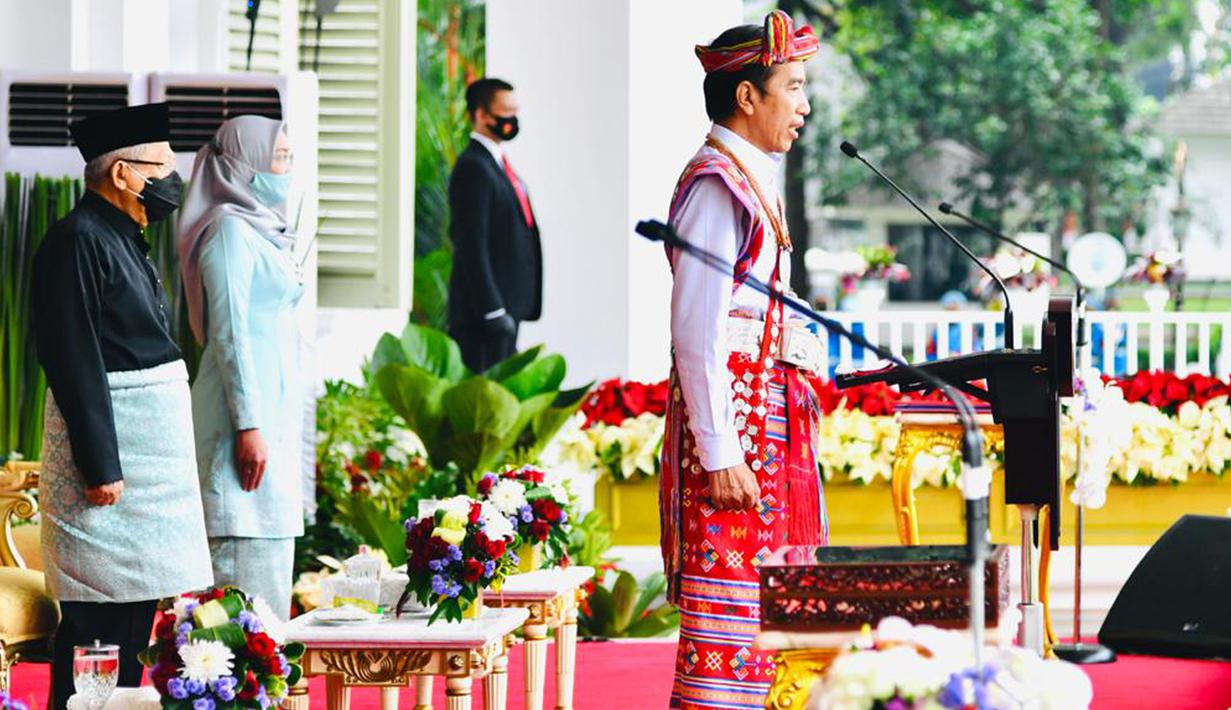 Indonesia’s 7th President holds claim to being the most demonstrably populist leader in the Republic’s history. President Joko Widodo is also unquestionably among the “best dressed” leaders of the current era.

President Joko Widodo, often to the chagrin of the Presidential security detail, loves “blusukan“ – a phenomenon in which he will suddenly stop his official motorcade and rush off into the crowds to shake hands with an adoring public.

President Joko Widodo and First-Lady Iriana, have also endeared themselves far and wide by undertaking State Visits and presiding over official events while wearing costumes reflecting one of Indonesia’s rich array of 633 ethnic groups.

While “Bapak” President Joko Widodo and his wife hail from Java – the single largest among national cultural and ethnic groups, representing some 40% of all Indonesians. The Nation’s Chief Executive revels at every opportunity to display his love of National Diversity and Country by selecting regional costumes to wear at important public events,

President Widodo delivered this year’s Indonesian State of the Union Address (Pidato Kenegaraan) before a combined sitting of all the national legislative bodies (MPR/DPR/DPD) splendidly dressed in a costume from the small island of Sabu, East Nusa Tenggara.

Indonesian are fervently proud of both their ancestry and Indonesian citizenship. Accordingly, Indonesian hearts of every ethnicity swell with great pride whenever their President adopts a local mode of dress.

2017 – President Joko Widodo, wearing a Buginese Costume from South Sulawesi while sitting beside (then) Vice-President Jusuf Kalla at the State of the Union Address on 16 August 2017. Meanwhile, the Vice President, who is, in fact, of Buginese extraction, was dressed in a Javanese costume honoring the home region of President Widodo. (Kompas.com)

2018 – President Joko Widodo dressed in Acehnese costumes from North Sumatra for an Independence Day Celebration held at the National Palace on 17 August 2018. Madame Iriana Widodo chose to dress in a costume from the Minangkabau area of West Sumatra. (National Secretariat Press Bureau.)

2019 – President Widodo wearing a Sasak costume from Lombok, West Nusa Tenggara, on the occasion of State of the Union address on 16 August 2019. (Kompas)

2019 – President Joko Widodo accompanied by his grandson, Jan Ethes, wearing a costume from the Klungkung region of Bali while presiding over the Independence Day celebration at the National Palace on 17 August 2019.

2016 – The President was wearing a Batak tribal costume from Samosir Island, North Sumatra, while on a working visit to North Sumatra (National Secretariat).