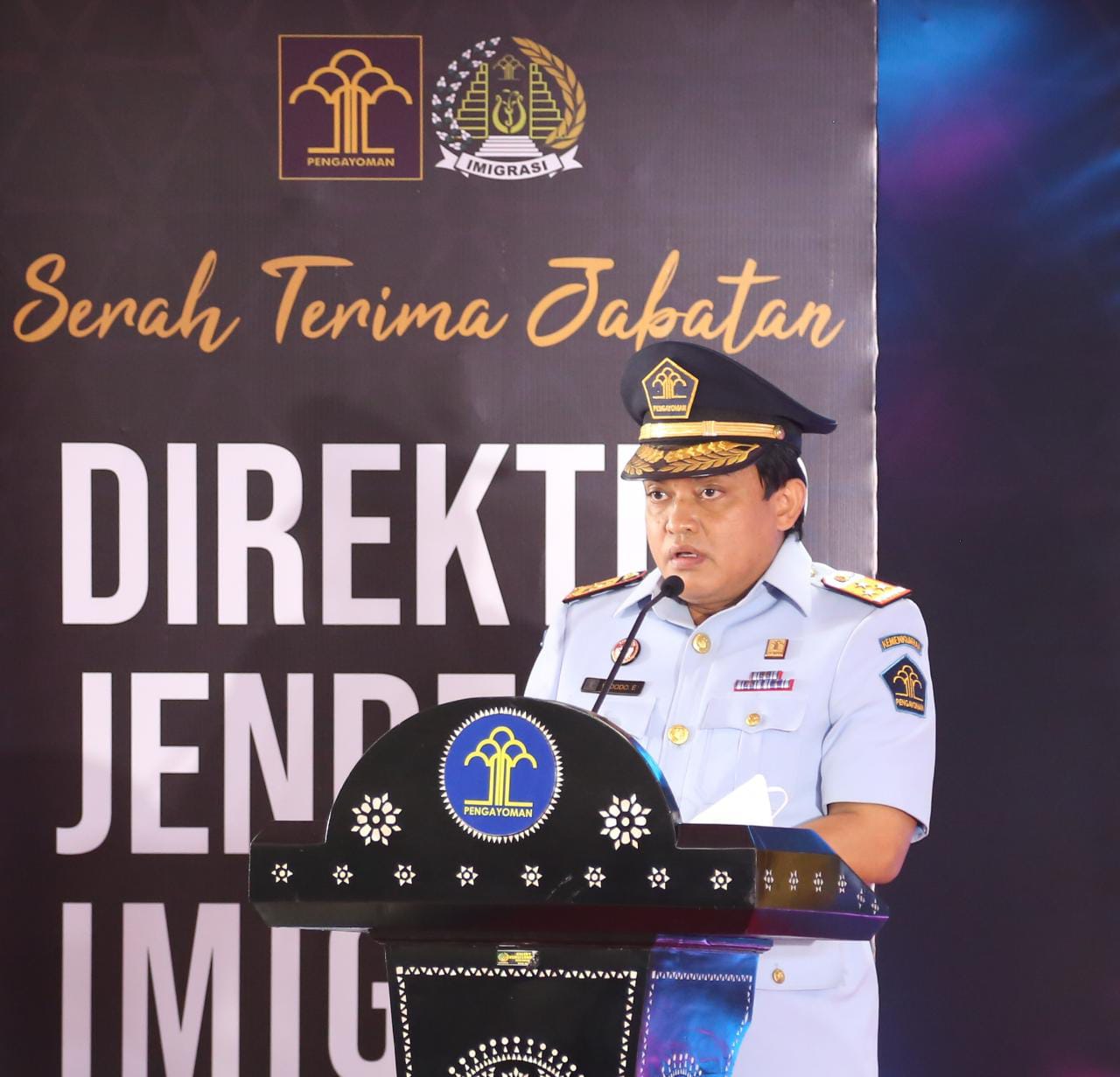 The ad interim Director General of Immigration, Widodo Ekatjahjana, is reported by detik.com to have become very angry during a flash inspection of immigration services at Bali’s Ngurah Rai Airport on Thursday night, 06 October 2022,

Widodo paid an unscheduled 10:30 pm Thursday night visit to review Visa-on-Arrival (VOA) and service for foreign travelers at Bali’s Ngurah Rai Airport. His anger was sparked by discovering that several counters for VOA service were unstaffed, and he saw a backlog of tourists waiting at several payment counters.

Detik.com reports that Widodo openly expressed his anger and disappointment when he saw several payment booths were not operating due to a lack of payment facilities. Reports also say Widodo found passport processing counters were also not operating.

Of 64 counters in the international arrival hall, only 32 are equipped with computers. As a result, long lines of waiting travelers were seen waiting to enter Indonesia.

Widodo commented to his accompanying team of officials: “Tomorrow, these counters must be staffed. Following the official delegation and visiting the airport, Widodo spoke directly to the immigration supervisor, who is responsible for coordinating the payment of VOA fees to banks. He told the supervisor: “Please coordinate this with your supervisor. Don’t allow this situation to continue. It can’t go on like this! Come on, let’s have a little sense of crisis.”

The Director General then instructed that all the empty immigration counters must be continuously manned. He also issued an ultimatum and a warning that he would soon bring the problems he encountered at Bali’s Airport to a meeting with the Coordinating Minister of Maritime Affairs and Investment, Luhut Binsar Pandjaitan.

Angered, Widodo threatened: “If tomorrow the counters remain empty, I will invite (Minister Luhut) to the next meeting. I will table this in this week’s meeting with the Coordinating Minister, so he is aware of all of the facts, adding, “you have made immigration’s (reputation) into trash.”

Ekatjahjana Widodo also let his displeasure be known when he learned that the level of immigration service was recently the subject of President Widodo’s admonitions and that the resulting Presidential reprimands have done nothing to remedy poor immigration service. Adding: “The President has already scolded (you), but there’s been no follow-up (on your part).”

President Wants to Shake Up Immigration

To Avoid Lines, G20 Delegate Exempt From Paying for Visas