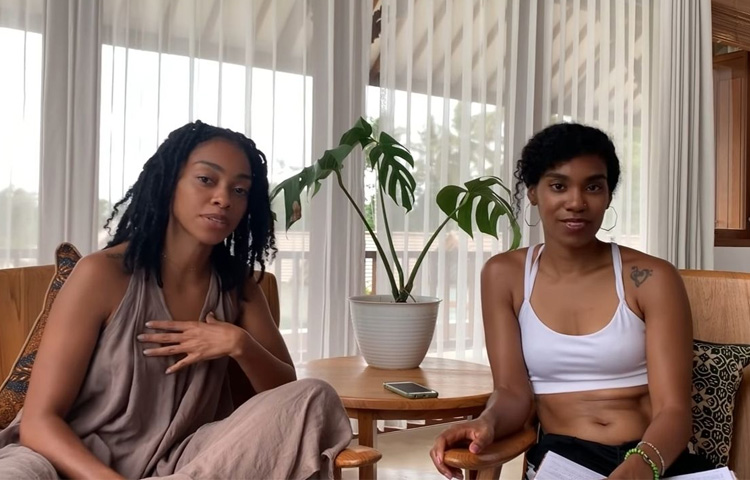 A US national living in Bali is at the center of a whirlwind of controversy after making a series of posts on social media that many Indonesians and others found offensive and has prompted Immigration authorities to commence an intensive search for the woman’s whereabouts.

As reported by BeritaBali.com, NusaBali.com, and several national news outlets – Kirsten Gray insisted on boasting to her global readership via some 20 separate tweets detailing her life since arriving in Bali in 2019.

Gray related how she could not find employment in the USA, where living costs are relatively high, she resolved her girlfriend to uproot and relocate to Bali. Arriving in Bali on a tourist visa, she and her partner originally planned to spend six months in Bali. The COVID-19 pandemic, however, made “moving on” problematic for the graphic designer who found an idyllic tree-house that rented for US$400 per month far superior to the US$1,300 she had paid for an apartment in Los Angeles.

Working as a digital nomad, Gray says she was able to perform graphic design work from her new base in Bali, where she claimed the living was comfortable, people were tolerant of her LGBT lifestyle, and racial tolerance was superior to that encountered in her native USA.

During her more than one-year stay in Bali, Gray also published an online guide, “Our Bali Life is Yours,” sharing tips on how to finesse life as a nomad from Bali, with “how-to” information on everything from obtaining a visa to taxation. The book was sold online for US$30 a copy.

In comments that raised many Internet users’ ire, she described Bali as a paradise for foreigners seeking a tax-free, hedonistic lifestyle. In words that are almost certain to come back to haunt her, she boasted and provided advice on how many foreigners manage to escape immigration and taxation scrutiny while overstaying and misusing their visa status.

Many online postings critical of the woman described her efforts to persuade other foreigners to come to Bali to skirt the law and enjoy a good life as fundamentally detrimental to Bali.

Her postings and the criticism they evoked from “netizens” have not gone unnoticed by the Ngurah Rai Airport Immigration Office in South Kuta, who confirmed that immigration officers have begun tracking down the woman in connection with possible visa violations.

I Putu Suhendra of the Airport Immigration Office said databases are being reviewed for all the information on file regarding Kristen Gray and matching the same with the offensive postings on social media to determine which immigration office has jurisdiction in the case.

Immigration enforcement officers have also been dispatched to locate the American.

Officials are also seeking to contact the local Indonesian sponsor used by the woman to obtain a visa.

The Twitter and other social media accounts owned by Gray have been closed at the request of the American who immigration officials suspect may be living in the Nusa Dua area of the island.

A press announcement issued by the head of the Denpasar Immigration Office, Jamaruli Manihuruk, on 19 January 2021, confirmed that US National Kristen Gray is now being held at the Immigration Detention Center in South Bali pending deportation from Indonesia.

The press statement confirmed that Gray had first arrived in Indonesia on 21 January 2020 and had obtained visa extensions valid until 24 January 2021.

Summoned to report for an interview at the Denpasar Immigration office, following that interview it was concluded that Kristen Gray:

Concluding that Kristen Gray represents a threat to the Indonesian public and that she had misused her visa by working illegally by selling an ebook and offering consulting services by the hour, a decision was made to deport Gray by the earliest possible method.

Pending deportation, the American will be held at the Immigration Detention Center in South Bali.