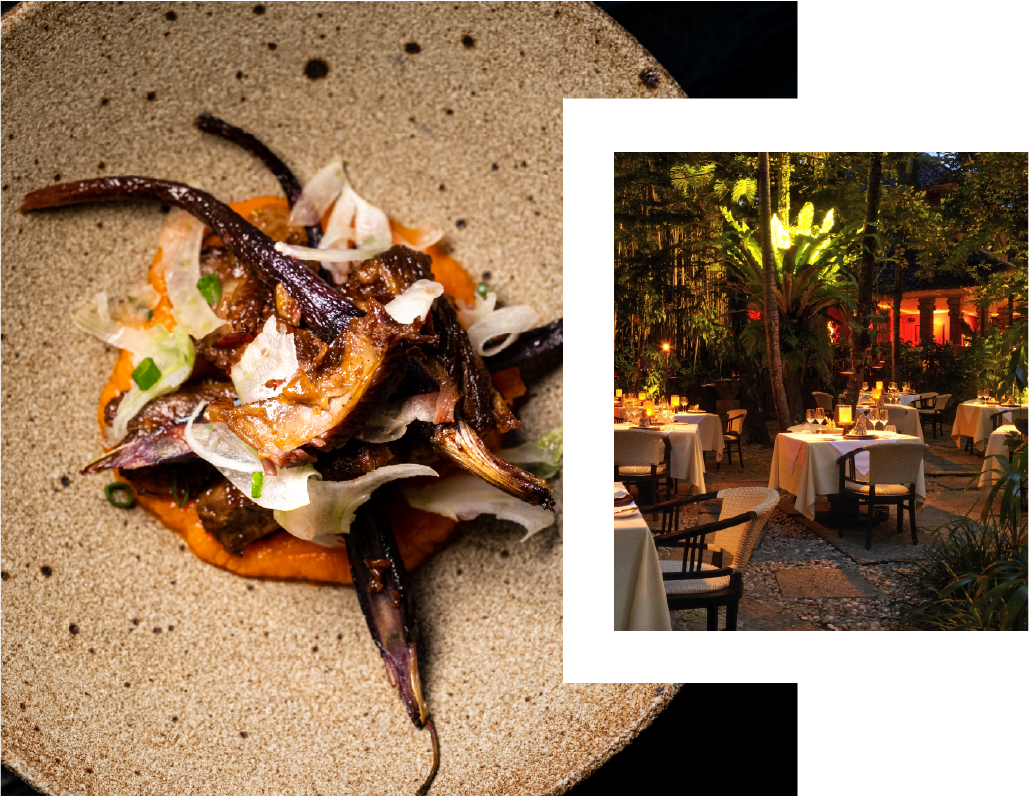 The enforced year-long lay-off allowed in-depth reflections examining past achievements, including the many laurels won by founder and head-chef Chris Salans and the Mozaic Team at a restaurant widely considered Bali’s best fine-dining venue for the past two decades.

Mozaic’s reopening celebrates past achievements while simultaneously seeking to redefine the true meaning of “culinary excellence.” As it was in the beginning, so is it again at the restaurant’s reopening and during the process of redeveloping its vision forward. In the words of Chef Salans: “I couldn’t just reopen Mozaic. It wouldn’t make sense. I had to rethink Mozaic for it to last another twenty years. So, I decided to partner with an ex-associate chef at Mozaic who’s 20 years younger than me. Working as a team, we will deliver a revamped, fresh Mozaic experience.”

Nature life converge with feeling and flavors that will be fresh. :As my uncle used to say, “Fresh is best” said Chef Blake

Mozaic has been a pioneer of fine dining in Bali for over 20 years and helped to establish the Island as a leading Asian culinary destination. Mozaic is the only restaurant in Indonesia that is a member of Les Grandes Tables du Monde (Best Restaurants of the World) – an association composed wholly of 2 and 3 Michelin-starred restaurants.

Back with a Team of Familiar Faces

With the reopening, many veteran team members are returning to Mozaic. This includes Balinese Cok Senajaya, Mozaic’s highly-regarded restaurant and wine director, who returns to the restaurant he helped open two decades ago. Also, many of the original opening team members have returned to recapture the proud culinary legacy that has become synonymous with Mozaic.

With the reopening of the Bali culinary landmark, Chris Salans and Blake Thornley are combining their decades of global fine-dining expertise to bring new excitement to Ubud’s restaurant scene by modernizing the feel of Mozaic in ways that are both contemporary and inviting. Chef Blake, drawing from his love of natural flavors and colors, has overhauled the interior design, emphasizing green colors and natural wood finishes. The dining room is air-conditioned and furnished with contemporary seating.

The most obvious change at Mozaic is in the menu. Food offerings now bring delectable moments of surprise and discovery never seen before in Bali. Nature and life converge with feelings and flavors that will be fresh. “As my uncle used to say, ‘Fresh is best!'” said Chef Blake.

Seating is limited at Mozaic Restaurant Gastronomique, with reservations now available for dining starting from 15 December 2022.

Bookings can be made online via the Mozaic Website