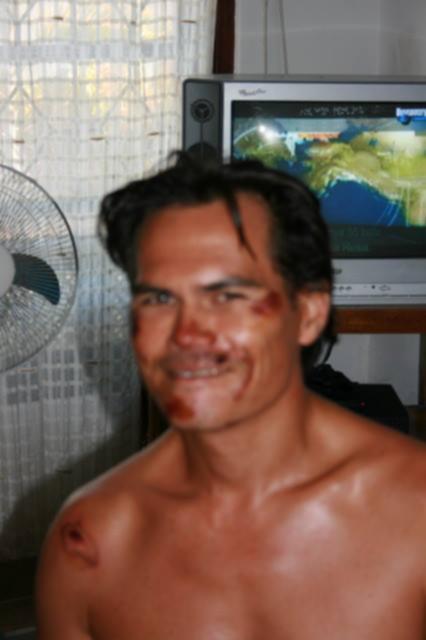 Perthnow.com.au and 7news.com.au have confirmed the identity of a Perth, Western Australia, in police detention in Bali accused of smuggling heroin and methamphetamine through the Island’s Airport. Australian media report that 51-year-old Jeff Walton was apprehended in mid-September with eight grams of heroin and methamphetamine concealed in a condom carried in his rectum.

Jeff Walton is a diving instructor who has been a resident of Bali for some time.

At his arrest, Walton had just landed off a flight from Vietnam when airport officials noted strange behavior and investigated the man and his belongings further.

Seeking to have his client categorized as a narcotics user instead of a commercial drug dealer, Walton’s Bali lawyer claims the Australian has tested positive for heroin use. Indonesia’s already stern anti-narcotics laws reserve its most severe penalties, including death before a firing squad, for those found guilty of being involved in the commercial trade of drugs.