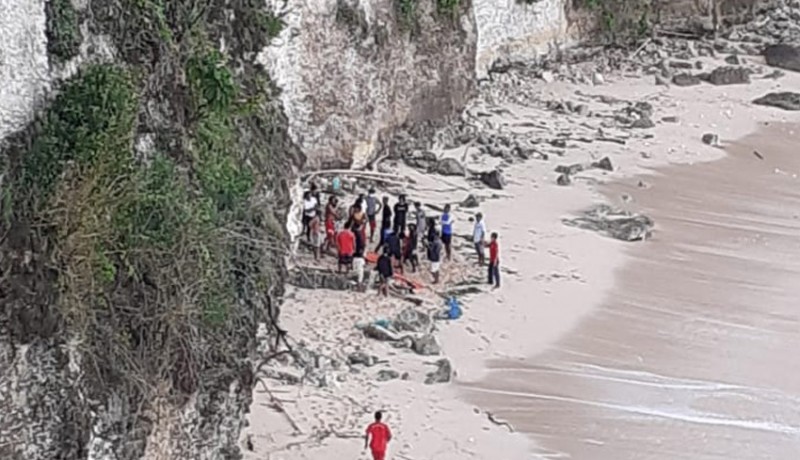 The body of a Chinese tourist, Grace Huang, was discovered on the seashore at the base of a vertical cliff on Bingan Beach at Pecatu, South Kuta, shortly after sunrise on Wednesday, 24 February 2021.

Beritabali.com reports that Police postulate the woman slipped and fell to her death, perhaps while taking a selfie photograph with her handphone.

Huang’s body was discovered by local fishermen who alerted Police.

Police continue to investigate the matter and seek additional information to confirm both the victim’s identity and nationality. A preliminary forensic examination of the body revealed a broken right leg and ankle. Both eyes of the woman were also severely bruised.

Police found no identity papers. The woman’s handphone was found still intact on the beach near the body. The phone was a Chinese branded phone with Chinese writing found on the phone.

Shortly after police and local lifesavers arrived on the scene and confirmed the woman was dead, Police transported the corpse up the cliff for transfer to the Sanglah General Hospital Morgue.

Police continue to investigate the case.