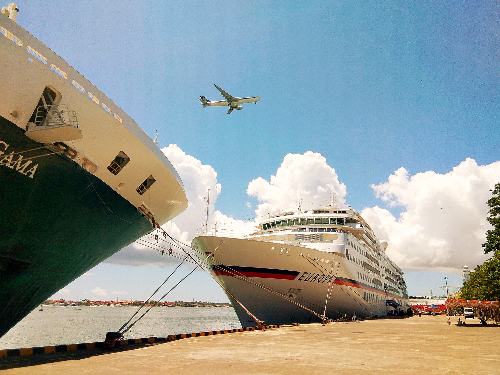 CNN Indonesia reports that the government is expected to eliminate the luxury sales tax (PPnBM) on the importation of yachts and cruise ships.

By those supporting the reduction of the current 75% luxury tax rate on yachts and cruise ships to zero, the elimination of the tax is projected to bring a multiplier effect to the Indonesian Economy equal in value to Rp. 6 trillion.

Minister Luhut said state revenues generated by the current luxury tax amounts to only Rp. 3 billion. If the current tax is eliminated, the income generated for the Nation will be a huge multiple of that amount. Adding: “We can earn almost Rp. 6 trillion. (Such as) the multiplier effect from yacht rental.”

In comments made on Monday, 23 June 2020, Minister Luhut suggested that after the luxury tax of yachts and cruise ships is eliminated, the government can look at increasing the admission rates at tourism objects.

“So we will facilitate the interests of tourists wishing to rent cruise ships and yachts. For example, during a visit to the Raja Ampat Islands. We want to create a high-end tourism destination where people must spend US$250 to visit those areas,” Luhut explained.

The Coordinating Minister for Maritime Affairs said he hopes the elimination of the luxury goods tax will increase the number of foreign tourists coming to Indonesia and cause foreign exchange earnings to rise. “We are benchmarking (our rules) with Singapore, Thailand, and other countries in Asia,” he said.

Luhut hopes the new policy can be introduced after Indonesia’s Minister of Finance Sri Mulyani Indrawati returns to Indonesia from Argentina.

Heru explained that currently, cruise ships enjoy 93 international gateways in Indonesia while yachts have 20 gateways. The busiest gateways used by yachts are in Batam, Lombok, and Mentawai.

In closing, Prambudi said Indonesian Customs are fully prepared to provide services to the movement of cruise ships and yachts.