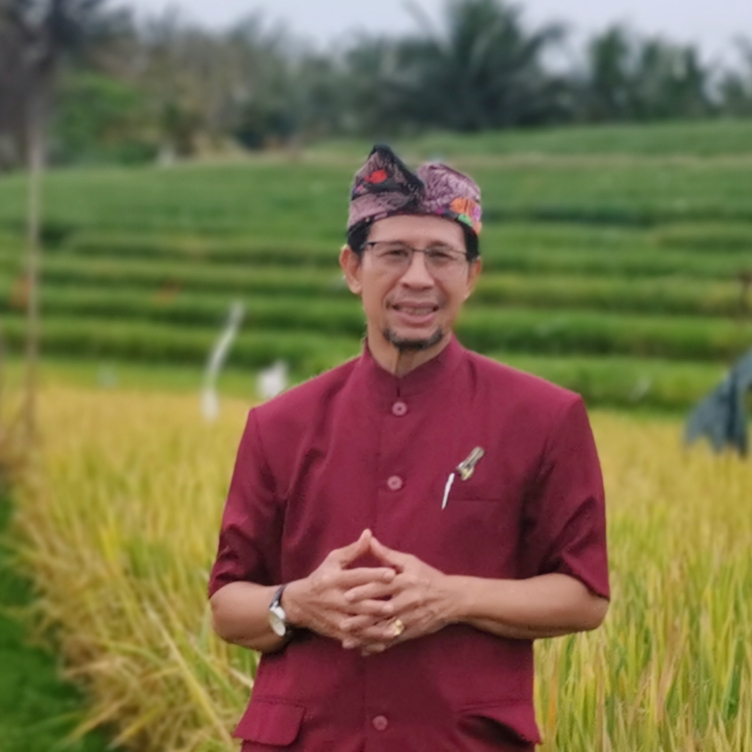 During a Webinar held on Tuesday, 30 June 2020, a retired, former Deputy of the Ministry of Tourism and the Creative Economy, Professor Dr. Ir. I Gede Pitana MSc, depicted the relationship between tourism and agriculture as a love-hate connection (benci-rindu). Because of the COVID-19 Pandemic effects, many people who once worked in tourism have become “instant farmers” with some working small urban farming fields to secure food for their tables.

Professor Pitana’s remarks were part of a seminar organized under the theme of “Operational Strategies to Develop the Agricultural and Tourism Sectors in the Era of the ‘New Normal.'” The Webinar was conducted from the Headquarters of the Golkar Party in Denpasar, Bali.

Quoted by NusaBali, Professor Pitana said that agriculture and tourism have always formed the two-sides of a long-standing historical debate. The tourism expert said this debate often relegates agriculture to a status as the poor step-child of the “more important” tourism industry. In the current spotlight of the COVID-19 Pandemic, Pitana says the age-old agriculture versus tourism debate has reemerged. Pitana said tourism is often blamed in this ongoing debate for the decline of Bali agriculture and that agriculture remains at a disadvantage because the present regulatory environment favors tourism.

Professor Pitana, however, rejects the opposing positioning in this tug-of-war assigned to tourism and agriculture. He believes that tourism and agriculture are, in fact, mutually supportive. The former Tourism Ministry Official contends that if tourism collapses, agriculture is, at the very least, left in a state of unsteady confusion. Adding, “Agriculture and tourism find themselves in a love-hate relationship.”

During a career in tourism public policy capacities in both Bali and Jakarta, Pitana also spent a period working as a professor in the Agriculture Faculty of Bali’s Udayana University.

Professor Pitana declared it was time for the people of Bali to end the polemic pitting agriculture against tourism. “Tourism is very dependent on agriculture. On the other hand, without tourism, agriculture is left gasping for air. Therefore, let’s end putting tourism and agriculture at odds with each other. They are mutually supportive,” he said.

Before moving to Jakarta to work in a Deputy-minister capacity in tourism, Pitana served as the Head of Tourism for the Province of Bali (Kadisparda).

During the subject Webinar, Professor Pitana emphasized that agriculture benefits significantly from tourism. Tourism creates markets for Bali’s agriculture, and there’s no denying that the tourism sector consumes the products and produce generated by agriculture. “Tourism indirectly opens up employment opportunities in the agricultural sector. So, in the midst of the Covid-19 Pandemic, agriculture-based tourism and nature are getting stronger. At the same time, the relationship between agriculture and tourism becomes stronger, too,” said Pitana.

The former Deputy-Tourism Minister said tourism in the “new normal” will adopt a more spiritual orientation focusing on spirituality, serendipity, and sustainability.

During the Webinar, Gede Agung Wedatama, the chairman of  Komunitas Petani Muda Keren, said agriculture was becoming popular among the Island’s younger generation. Wedatama stated he was prepared to dedicate his knowledge and experience to assist the Golkar Party in motivating Balinese youth to dedicate their lives and careers to farming.

Wedatama explained he has a vision of promoting organic farming in Bali. For this reason, Bali needs to ensure it has enough water and the ancient subak agricultural system must be preserved, and forest-jungle areas conserved. Adding: “We are organic farmers, our agricultural products are healthy and, as a result, the consumers are healthy.”