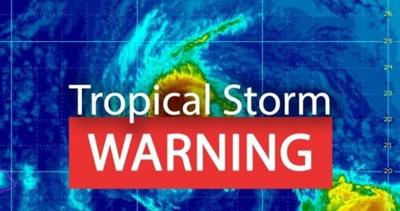 The Meteorology, Climate, and Geophysics Agency (BMKG) is warning people living in several regions to be prepared for the possibility of extreme weather during the post-Easter week in April 2021.

Quoted by Detik.com, a deputy forecaster for BMKG, Guswanto, issued a written statement on 03 April 2021, saying, “the BMKG’s Tropical Cyclone Warning Center (TCWC) in Jakarta has detected two developing tropical cyclones. One at 90 degrees south latitude in the Indian Ocean southwest of Sumatra and another at 90 degrees south latitude in the Sawu Sea in Eastern Nusa Tenggara.

On 03 April, Guswanto said: “Based on this condition, BMKG is forecasting the potential of extreme weather in the form of heavy rains, strong winds, and high waves in the coming week in certain areas of Indonesia.”

Guswanto explained that an analysis of atmospheric-oceanographic dynamics shows that “La Nina” will continue to influence weather patterns until it neutralizes in May 2021. The resulting Madden-Julian Oscillation (MJO) will be observed in combination with the Kelvin and Rossby Equatorial Wave that can bring heavy rains.

The BMKG predicts the potential of strong winds in the following areas:

The BMKG predicts moderate to heavy rains in the following areas:

The BMKG predict the potential for strong winds in the following areas:

Meanwhile, the potential for flooding through the first week of April is on an alert for the following areas: South Sulawesi and East Nusa Tenggara.

Guswanto provided the following closing statement: “The public is urged to remain vigilant and cautious of the potential for extreme weather (heavy rain and very heavy which can be accompanied by lightning, strong winds, high waves, etc.) and the impact of resulting hydro-meteorological disasters such as floods, landslides, flash floods, puddles, and fallen trees. “