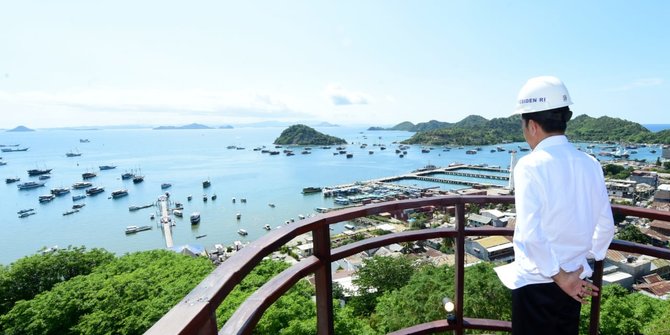 The State News Agency Antara reports that Indonesian President Joko Widodo has decided to make the Port of Labuan Bajo in East Nusa Tenggara into “a premium Tourist zone.”

The President wants to create a range of improvements at local attractions that will add to the area’s natural charm and beauty.

The President’s comments were made via an online link from Labuan Bajo to the Nation on Thursday, 01 October 2020. Together with a ministerial entourage accompanied by NTT Governor Viktor Laiskodat, the President inaugurated the new projects via a one-day working visit flying on RI# 1 that landed at the Komodo National Airport in Labuan Bajo.

Labuan Bajo is the regional capital of the West Manggarai District of the Island of Flores. It is the gateway by air and sea to Indonesia’s world-renowned Komodo National Park.

The President’s remarks coincided with the commencement of several infrastructure improvements, the first phase of which will be completed by the end of 2020. The second stage of improvements is slated for completion in 2021.

Commenting on Indonesia’s vision for Labuan Bajo, President Widodo said: “The renovations are all adjusted to the nature of the area so that it looks very natural for anyone who will visit, and Labuan Bajo area will become an area that is truly premium.”

After inspecting the projects, the President distributed working capital grants to micro and medium-sized enterprises in Labuan Bajo.

Labuan Bajo is a one hour flight from Denpasar, Bali.