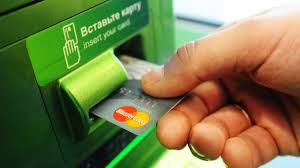 Kompas.com reports that Russian tourists and expatriate residents in Bali are encountering problems trying to withdraw funds from ATMs.

These difficulties are presumed to affect global economic sanctions against the Russian State following Vladimir Putin’s invasion of Ukraine.

Konstantin Ivanov, a Russian living in Bali, complained he could not access his blocked Russian bank account from any ATM in Bali. “This has created a big problem for us. We have lost our money, and it is as though our funds have been frozen, and we cannot use our money here,” Ivanov told Kompas.com on Thursday, 10 March 2022.

Ivanov said that he might need to find work in Indonesia to meet his daily needs because of the current situation.

Bali remains a popular holiday destination for Russians. Based on official government data, around 1,150 Russians came to Indonesia in January 2022.

Meanwhile, Rifki Saldi Yanto, a restaurant manager in Bali, says he has recently seen a decline in Russian customers, with those visiting his business paying in cash instead of using credit cards.

The Russian Embassy in Jakarta has announced that they continue to give information and assistance to every Russian experiencing difficulties in Indonesia. Denis Tetiushin, a spokesman for the Russian Embassy in Jakarta, explained that the Russian Bank Pochta offers a “virtual” credit card using Union Pay China instead of Visa or Mastercard. Tetiushin added in a text message to Kompas.com: “This is free and can be opened everywhere, wherever you are.”

The Russian economy is facing a financial crisis not seen since the collapse of the Soviet Union in 1991. The problem was precipitated by steps by Western nations to isolate the Russian economy from the global banking system.

The SWIFT International Bank Settlement Program has dropped several Russian banks from their network, while Visa and Mastercard have blocked the use of their Russian cards since 09 March 2022.